What are you searching for?

Only registered members can use this feature.

Tower Resources is building an African-based exploration and production group, which intends to have a balanced portfolio ranging from exploration through appraisal to production, primarily through its own origination of opportunities and their organic development.

The company aims to achieve this through:

. Originating high-potential, entry stage, exploration and appraisal licences with large equity interests (50-100%) that provide the flexibility to farm-out whilst retaining a material exposure in the event of success;

. Maintaining the capacity to operate throughout the exploration and appraisal phase of a licence.

Tower Resources Cameroon S.A, a wholly-owned subsidiary of Tower Resources plc, holds a 100% interest in the shallow water Thali (formerly known as “Dissoni”) Production Sharing Contract (PSC), in the Rio del Rey basin, offshore Cameroon. Tower was awarded the PSC on 15 September 2015, and has been granted an extension to the Initial Exploration Period to 15 September 2019.

The Thali PSC covers an area of 119.2 km², with water depths ranging from 8 to 48 metres, and lies in the prolific Rio del Rey basin, in the eastern part of the Niger Delta. The Rio del Rey basin has, to date, produced over one billion barrels of oil and has estimated remaining reserves of 1.2 billion boe, primarily within depths of less than 2,000 metres. The Rio del Rey is a sub-basin of the Niger Delta, an area in which over 34.5 billion barrels of oil have been discovered, with 2.5 billion boe attributed to the Cameroonian section. The Thali Block has the potential to hold at least four distinct play systems, including two established plays in which three discovery wells (Rumpi-1, Njonji-1 and Njonji-2) have already been drilled on the Block.

Tower Resources (Namibia) Limited, a wholly owned-subsidiary of Tower Resources plc, has signed a new Petroleum Agreement covering an 80% operated interest in Blocks 1910A, 1911 and 1912B.

The blocks cover 23,297 km² of the northern Walvis Basin and Dolphin Graben (offshore Namibia), an under-explored region in which recent drilling results have proven the presence of a working oil-prone petroleum system, along with good quality turbidite and carbonate reservoirs. The new blocks are located directly to the north of licences in which ExxonMobil (‘Exxon’) and Africa Energy Corp (‘Africa Energy’) have acquired interests. In addition, Kosmos Energy have also recently farmed into Shell operated PEL39 in the deep-water Orange Basin.

In 2019, Exxon signed a new PSC covering blocks 1710 and 1810 in the Namibe basin and also farmed into blocks 1711 and 1811A alongside Namcor blocks adjacent to the north of Tower licences. They also signed an MOU in January 2019 with the Sonangol covering blocks 30, 44 and 45 across the border from Namibia.

Albian carbonate and Palaeocene / Upper Cretaceous turbidite reservoirs (proven in offset wells, e.g. 1911/15-1) have been identified in structural traps across the new blocks. These include giant (>1000 sqkm) 4-way dip closured structures (in the west) and structures within the Dolphin Graben (an area which well results indicate is likely to contain mature source rocks). Potential stratigraphic traps, associated with Cretaceous and Palaeogene basin floor turbidite systems, have also been identified across the area.

The Algoa-Gamtoos licence covers 9,369 km² and is operated by New Age Energy Algoa (Pty) Ltd (“New Age”) (50%). This acreage straddles the Algoa and Gamtoos basins on the shelf, as well as outboard slope edge of the South Outeniqua Basin.

Recent geological evaluations have shown that the true hydrocarbon prospectivity of the basins covered by the Licence area has been largely unexplored by the drill bit. All but one of the historical wells in the area were drilled over 25 years ago, and all were located using sparse 2D seismic data and either failed to intersect valid closure and/or encountered only modestly developed reservoir sands where drilled on the fringes of the Algoa and Gamtoos basins. Many of these old wells, however, either encountered shows, residual hydrocarbons and/or penetrated stacked wet gas to oil-prone shale source sequences. Basin modelling confirms three new stratigraphic and part structural-strat plays being targeted following the Operator New Age’s recent work, comprising:

s part of a portfolio review Tower Resources sold its interests in the Guelta, Imlili and Bojador blocks in the Saharawi Arab Democratic Republic (SADR) in January 2017 to Red Rio Petroleum Ltd in exchange for an over-riding royalty interest (ORRI) ranging from 5% – 10%; depending on the licence. The licences continue to be Operated by Hague and London Oil plc (“HALO”, 50%).

The SADR is the democratically elected government of the territory known as Western Sahara, which lies to the south of Morocco and is recognised by the United Nations as a non-self-governing territory. The sovereignty of the territory remains in dispute, and until this is resolved there is little that can be done to advance exploration of these blocks. If the sovereignty of the territory is resolved in due course, then these will be attractive and prospective blocks and via the ORRI Tower has retained a potential valuable, long-term interest in the event of a commercial oil or gas discovery.

In December 2014 Kosmos Energy (“Kosmos” 55%) and partners (ONHYM 25%, Cairn Energy 20%) drilled the CB-1 exploration well in the Morocco awarded offshore Cap Boujdour block in the Aaiun Basin. The well encountered 14 metres of net gas and condensate pay in clastic reservoirs over a gross hydrocarbon bearing interval of approximately 500 metres. The discovery was non-commercial and the well was plugged and abandoned, but it is nevertheless encouraging. The significance of this well result, located some 50 kms North of the Guelta Block and some 60 km west of the Imlili block, is that a working petroleum system has been established thus significantly de-risking plays along this part of the Atlantic margin.

Jeremy Asher, aged 59, in addition to his role in Tower, is Chairman of Agile Energy Limited, a privately held energy investment company, and a director of several other energy-related companies including NYSE-listed Pacific Drilling SA, where he chairs the Remuneration Committee, Better Place BV (a private company developing infrastructure to support mass deployment of electric vehicles), and until 2010, AIM-listed Gulf Keystone Petroleum Ltd. He is also a member of the London Business School's UK regional advisory board and the Engineering Advisory Board of Imperial Innovations, the commercial arm of Imperial College. Following several years as a management consultant, he ran the global oil products trading business at Glencore AG and then acquired, developed and sold the 275,000 b/d Beta oil refinery at Wilhelmshaven in Germany. Between 1998 and 2001 he was CEO of PA Consulting Group, and since that time has been an investor and director in various public and private companies.

Peter Taylor, aged 70, is Joint Chairman of TM Services Ltd, an international oil and gas consulting company. In 1991 he was a founder and director of TM Oil Productions Ltd which became Dana Petroleum Plc. and one of the leading UK oil and gas exploration companies before being taken over in 2010 by KNOC for £2bn. He was founder member of Consort Resources Ltd, a significant North Sea gas transportation and production company and was also a founder and director of Planet Oil Ltd, which reversed into Hardman Resources in 1998. Planet held various interests including Mauritania, Guyane (formerly French Guiana) and Uganda. He was a founding member and director of Star Petroleum Plc which was incorporated into Global Petroleum Ltd, and also a founding member of Neptune Petroleum Ltd which was acquired by Tower. He is a director of Global Petroleum Ltd, listed on the ASX and AIM. He was co-founder of Jupiter Petroleum Ltd, which has assets in offshore Namibia and Juan de Nova. Jupiter was sold to Global in 2011. He is Chairman of the Remuneration Committee. 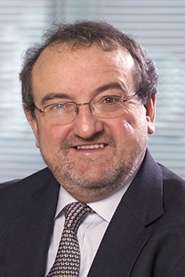 Mr Thomas is a geologist with over 30 years of experience in the oil and gas industry, primarily in North and West Africa. After working in Libya for Occidental Petroleum and Tunisia for Tenneco (now British Gas) in the 1970s and 1980s, Mr Thomas returned to London as International Chief Geologist for Kuwait Petroleum Corporation and later founded a consulting company offering a range of petroleum advisory services. Mr Thomas served most recently as managing director of MedOil PLC and has been a director of AIM-quoted Thalassa Holdings since 2008.